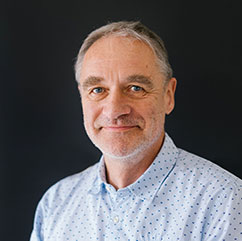 Jeff is the Executive Director of the Institute of Entrepreneurship and Private Capital (IEPC) at London Business School. He also directs a variety of MBA entrepreneurship electives and co-curricular student activities at the School.

Prior to this, as Commercial Director at University College London, he conceived, built and ran UCL’s Technology Transfer division – including the creation of two early-stage seed funds and separate units managing consultancy, collaborative research and new venture creation. Working alongside research students and academics, he has co-founded over thirty technology-based spinouts that have, in aggregate, raised over £30 million first round finance and returned over £20 million to UCL.

He is past President of and remains closely involved with the leading UK & European tech transfer associations, PraxisUnico & ASTP-Proton. He talks, trains and consults widely throughout Europe in the field of technology commercialization. He chairs the Professional Recognition panel for the worldwide ‘Alliance of Technology Transfer Professionals’ (ATTP).

Before joining UCL, he was Technical Marketing Manager at Hoechst Celanese Corporation in New Jersey and prior to that, Photonics Research Manager at General Electric. His first degree was in physics and he holds a Ph.D. in thin-film photonics (UCL) and an MBA from London Business School.