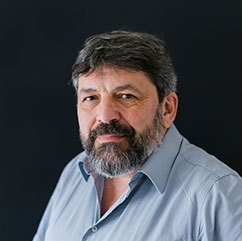 In 2012, Bernard was seconded to the European Commission. He joined the Intellectual Property and Technology Transfer unit of the Joint Research Centre where he provided expert advice for the IPR strategy of the Galileo Satellite Navigation programme. In 2014, he took over the responsibility for the management of the technology transfer sector and proposed a new JRC strategy for knowledge transfer, approved of by the Board of Directors.

Now retired, Bernard was a member of the CERN unit in charge of the relation between CERN and the European institutions with a specific role in relation with EU research and innovation policy.

Before working in the area of knowledge transfer and innovation, Bernard was working in various positions at CERN including IT project leader for the development of the SPS and LEP accelerators control systems and deputy group leader of the unit in charge of the outsourcing policy.

Bernard regularly acts as an expert for WIPO in technology transfer fact-finding missions and capacity building workshops. He has also acted as international evaluator of project proposals for the establishment of Technology Transfer Centres in the Czech Republic.

He developed negotiation training programmes for the CERN knowledge transfer and purchasing services, for the JRC Technology Transfer unit and for the PhD symposium of HEPTech. Bernard also lectures on project management at the Geneva School of Economics and Management, Geneva University.